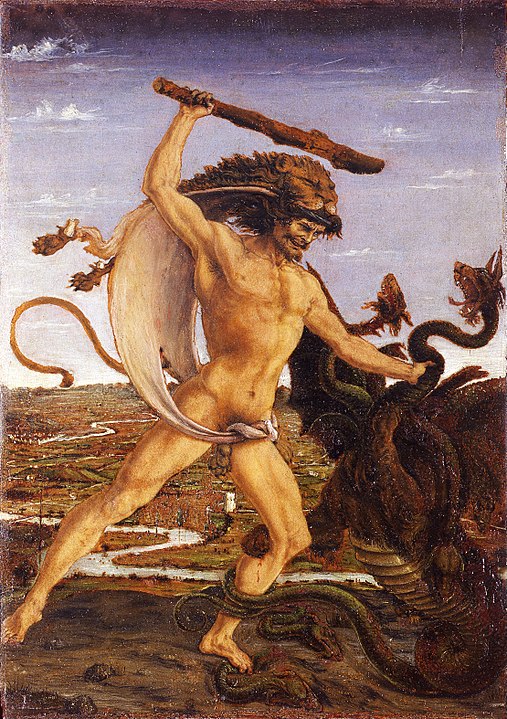 Antonio del Pollaiolo was an Italian Sculptor, goldsmith, and painter born in Florence. His other name was Antonio di Jacopo Pollaiuolo, his significant contributions to Florentine painting is analysing how to body moves when under strained conditioned. He got his nick name Pollaiolo from his father, who sold poultry. Antonio lived most of his life in Florence but later moved to Rome, where he died as a rich man. His greatest successes were achieved as a sculptor and metal-worker. Antonio collaborated with his brother Piero for most of his paintings.

Antonio del Pollaiolo was born on 17th January 1429 to a father who was a sculptor, metal-worker, and painter. It is his father who taught him his crafts at the Bartoluccio di Michele workshop. It so happens that this is the same workshop where Lorenzo Ghiberti also received his training.

Antonio made significant contributions to the Italian Renaissance, and some of his memorable works were portraits. Saint Sebastian (1473-1475) was a male portrait which portrayed strong brutality. Its current location is the Pucci Chapel in Florence.

Collaborative Worth With His Brother

Antonio Pollaiuolo also worked with his brother, and their works mainly portrayed classical influence and interest in human anatomy. In fact, the brothers did dissections to improve their knowledge of a subject.

Antonio and Piero also worked together on the mythical Infant twins founded in Rome. A she-wolf rescued Remus and Romulus after their father left them to die. This bronze structure represents one of Antonio’s successes as a sculptor.

Rome is Antonio’s death place, but before he died, he did Pope Sixtus IV’s Tomb between 1484 and 1493. He had to go back to Florence for finishing touches on the piece. This sculptor shows Antonio’s exaggeration of anatomical features. Today, the sculptor can be found at the Museum of St. Peter’s in Rome.

Antonio also worked on the Mausoleum of Pope Innocent VIII. This is actually his last work before he died. Antonio’s burial grounds are in the Church of San Pietro in Vincoli, next to his brother.

Antonio was a sculptor, metal-worker, and painter who made significant contributions to the Florentine painting. He was known for meticulous attention to the human anatomical features.