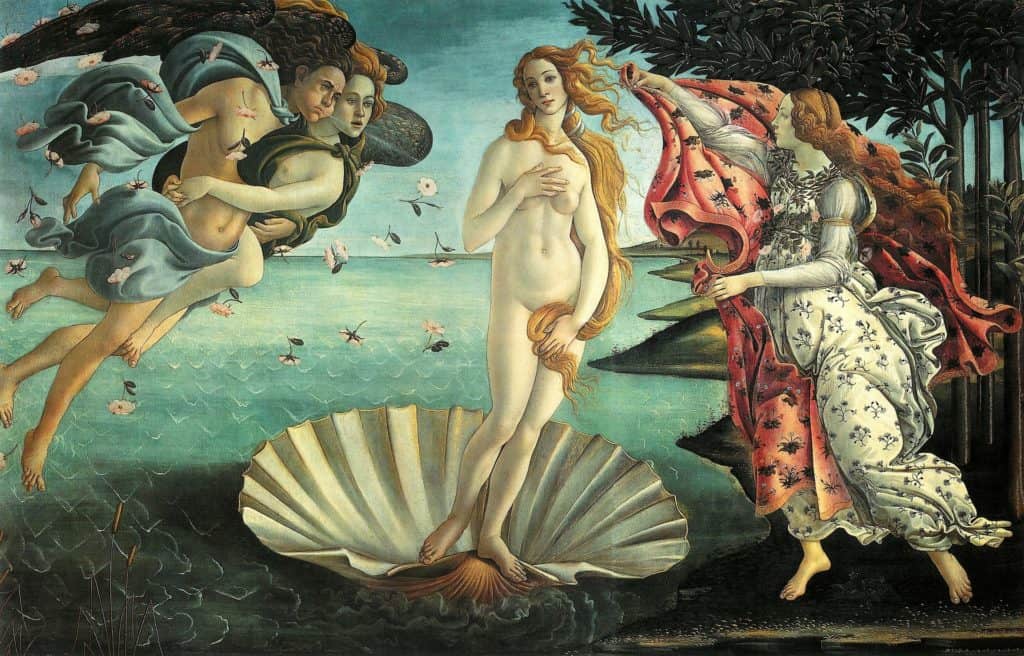 Sandro Botticelli was born in Florence, Italy in the mid-1440s, with most experts settling on the 1445 mark. As a child, young Botticelli served as an apprentice to a local goldsmith, and then went on to train under the wing of Filippo Lippi, a master painter of the age. Being one of the most admired Florentine artists, Botticelli learned much under Lippi that would go on to influence his own iconic works. Lippi taught his young charge techniques such as panel painting and fresco, also imparting his own talents for linear perspective on the growing painter.

Botticelli began his career painting frescoes for various Florentine cathedrals and churches, working in close connection with an engraver named Antonio del Pallaiuolo. By 1470, however, his reputation had flourished to the point where he had a workshop of his own. By 1472, Botticelli had joined a group of Florentine painters known as the Compagnia de San Luca, a fraternity of artists who were the cream of the crop in their region. His reputation grew to such a level that in 1481, he was summoned to Rome by the Pope to assist in the decoration of the recently completed Sistine Chapel. His name might not be the one most famously associated with the Vatican’s iconic frescoes, but Botticelli’s work still remains to this day.

It was after his work on the Sistine Chapel that Botticelli’s career entered into its most prolific stage. From 1478 to 1490, the painter was at his most creative, producing such works as The Birth of Venus and Venus and Mars.

In the last fifteen years of his life, it would be fair to say that Botticelli underwent a crisis of expression and style. With his Medici benefactors expelled from Florence and Italy’s way of life disrupted by both plague and invasion, the artist turned away from his signature ornamental charm and experimented with a much more rustic, simple approach. His later paintings all contain deep religious and moral overtones, reflecting his new following of a fanatical Dominican friar named Savonarola.

As his changing works started to fall out of favour, it is said that Botticelli fell into a depression. He never married and in his final years declined into a state of isolation, poverty and poor mental health. He died in May of 1510, and it was not until the end of the 19th century that his name once again started to be mentioned alongside the greats of art history. Thanks to a newfound appreciation for the Florentine culture and arts of his time, Botticelli’s reputation was reinstated, and he remains revered to this day.