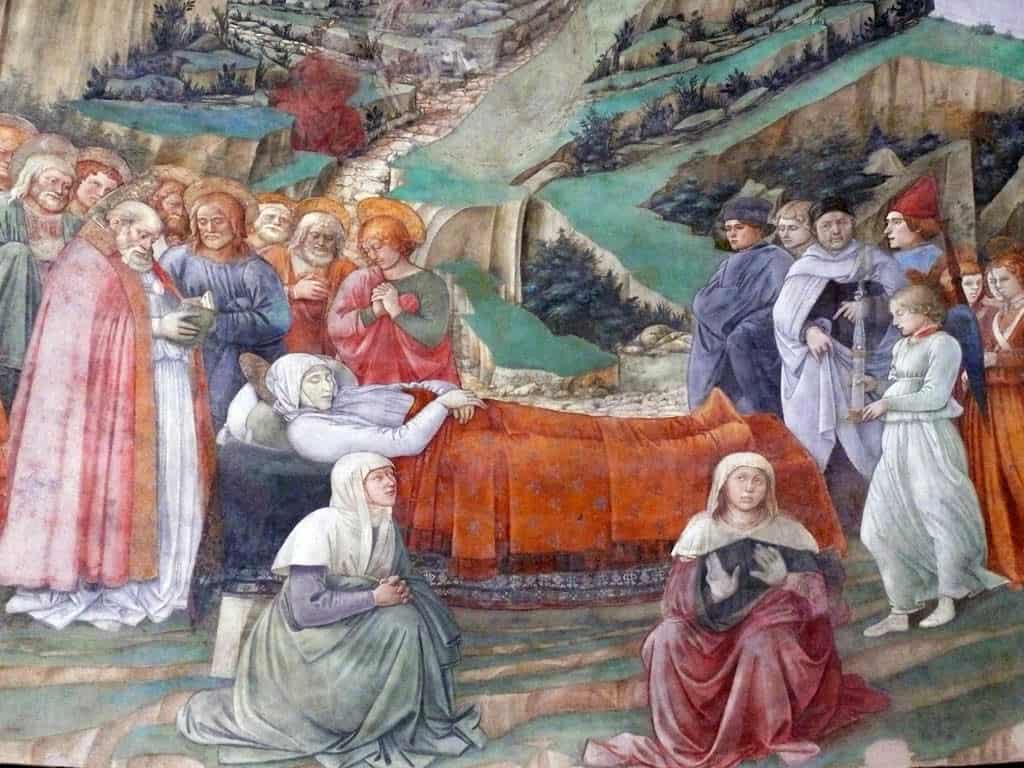 The Italian painter Fra’ Filippo Lippi was born in 1406 in Florence. His father was a butcher called Tommaso. His parents died when he was still young, and Mona Lapaccia, his aunt, took charge of the small boy.

Early Life and Education – Life in the Monastery

Lapaccia placed Lippi in the neighbouring covenant called Carmelite when he was eight years old. In 1420, Lippi joined the Carmelite Friars community of the Carmine in Florence and took Carmelite vows when he was 16 years old. Around 1425, Lippi was ordained as a priest; he remained in residence of this priory until 1432. Here is more information about Filippo Lippi: https://www.britannica.com/biography/Fra-Filippo-Lippi

He was inspired to start painting by watching the Florentine artist Masaccio working in the Carmine church. His early work, such as the Tarquinia Madonna, shows the influence of Masaccio. In Giorgio Vasari’s Lives of the Artists, the historian stated that instead of studying, Lippi used to spend his time scrawling pictures on his books and other pupils’ books.

Due to his interest, the priory gave him the chance of learning painting. Lippi decided to quit the monastery in 1432, although he wasn’t released from his vows. In 1452, Lippi was appointed a chaplain to the S. Giovannino covenant in Florence, and in rector in 1457. Lippi’s mature works are among the first Italian paintings inspired by the realistic technique (plus occasionally by the works) of Netherlandish pioneers like Jan van Eyck and Rogier van der Weyden.

Legacy – Achievements as a Painter

Lippi won many important commissions during his career as a painter for large-scale altarpieces. In his later years, Lippi produced 2 fresco cycles that had a certain impact on sixteenth-century cycles. The painter executed some of the earliest Renaissance’s autonomous portrait paintings. Additionally, Virgin and Child, which are his smaller-scale compositions, are known to be among the most expressive and personal of that period. Throughout most of Lippi’s career, the painter was patronised by the Medici family as well as allied clans.

The frescoes found in the choir of Prato cathedral, depicting the stories of Saint Stephen and Saint John the Baptist on the 2 main facing walls, are regarded as his most monumental and important works, especially the figure of the daughter of Herod II (Salome) dancing (this has clear affinities with the works that were produced later by his pupil Sandro Botticelli and his son Filippino Lippi) plus the scene displaying the ceremonial mourning over the corpse of Stephen.