A Short History of Pontormo 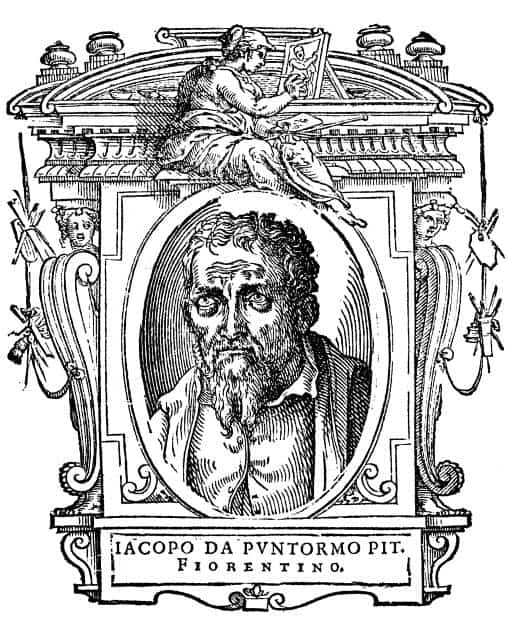 Pontormo, also known as Jacopo Pontormo or Jacopo da Pontormo, was born on 24 May in 1494 at Pontorme, near Empoli. He was an Italian portraitist and Mannerist painter from the Florentine School. Some of his works include Supper in Emmaus, Birth of St. John Baptist, Portrait of a Halberdier, Christ before Pilate¸ Portrait of Furrier, and much more.

According to the writer Giorgio Vasari, Pontormo’s parents died when he was young. It’s not known whether Jacopo received a formal education or not. Vasari said that Pontormo apprenticed as a painter while being guided by Piero di Cosimo, Mariotto Albertinelli and Leonardo da Vinci. When he was 18 years old, Pontormo began as an apprentice under the Italian painter Andrea del Sarto.

According to many art experts, Andrea had the most influence on Pontormo’s works as a painter. The altarpiece that Pontormo executed in 1518 at San Michele Visdomini, a Roman Catholic Church located in Florence, is an example of Andrea’s influence. Also, Pontormo travelled to Rome to check Michelangelo’s work. Here is a website with biography, works and facts about Pontormo: https://www.britannica.com/biography/Jacopo-da-Pontormo

Legacy – One of the Earliest Advocates of Italian Mannerism

Jacopo da Pontormo was a unique figure among the artists that existed during his era. His individuality, similar to that of Roso, definitely ruled out ideas of a studio. Pontormo had some imitators, like El Greco, Morandinia and Naldini, with the exception of Agnolo Bronzino (Agnolo di Cosimo), whose mannered techniques managed to prolong the Maniera Fiorentina to reach the sixteenth century. Some works of Salviati, Vasari and Jacopino del Conte, with their echoes of Jacopo Pontormo’s style, serve to emphasise the level of this Mannerist painter’s achievements.

Pontormo’s paintings have been displayed in some of the world’s best museums, such as the prominent art museum called Uffizi Gallery located in Florence. From 1989-2002, Portrait of a Halberdier by Pontormo held the title of being the most expensive painting in the world by an Old Master. Pontormo died in Florence on 2 January 1557, when he was 62 years old.