Dante, the poet of Firenze 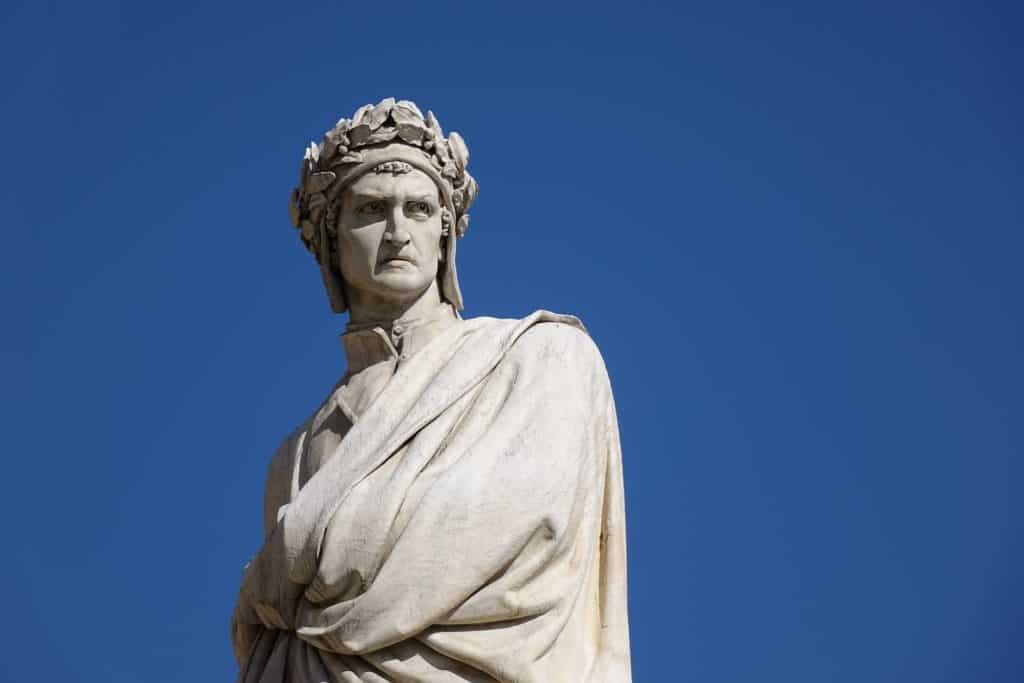 Dante was an Italian poet as well as a moral philosopher during the late Medieval Period. His Divine Comedy, which was originally known as Comedìa and later renamed Divina by the Italian poet Giovanni Boccaccio, is regarded as the most important poem written during the medieval period and also the greatest literary work written in Italian.

Dante was born in 1265 in Florence under the Gemini sign (between 21st May and 20th June). He remained devoted to Florence his entire life. Most of what people know about the life of Dante he told himself in his poems.

Dante described how he used to fight against the Ghibellines as a cavalryman. Ghibellines was a faction supporting Holy Roman Emperor and Pope. Also, he speaks of his Brunetto Latini, who was his teacher, and Guido Cavalcanti, who was his gifted friend, of his culture in poetry in which Dante made his initial artistic ventures. Additionally, he speaks of the origins of his beloved family in Cacciaguid (his great-great-grandfather), his poetic indebtedness to the Italian poet Guido Guinizelli. Going back even further, Dante speaks of how proud he was knowing that his distant relatives were descendants of some of the Roman soldiers who had lived along the banks of river Arno.

Dante had little to talk about his close family. He never mentioned his mother or father, sister or brother in the Divine Comedy. There is sister referred to in Dante’s text La Vita Nuova, and Dante’s father is subject of scornfully abusing sonnets exchanged in a joke between Dante and Forese Donati, one of his friends.

While Dante was on the mission to Rome to organise a truce between 2 parties, he was charged with graft, hostility against the Pope and intrigue against the city’s peace. He didn’t report to the Council as ordered to answer charges and as a result, a penalty was imposed. He was exiled from Florence never to return.

Dante died on 13 September 1321 in Ravena. During the intervening years, his native city tried several times unsuccessfully to get Dante’s remains returned to Florence. Dante clearly stated his opinion about Florence citizens in the title of one of his greatest work.