Donatello, his David and his early years 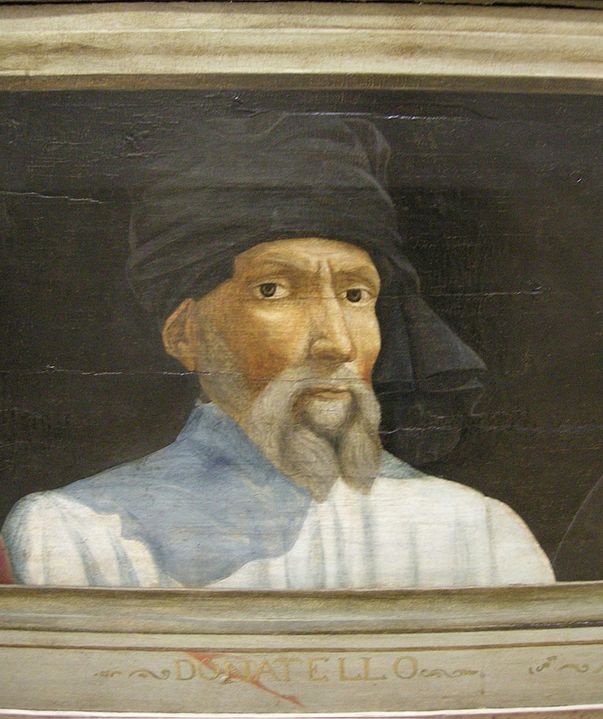 Donatello was an Italian Renaissance sculptor; he was the most influential artist of the fifteenth century in Italy. The sculptor studied classical sculpture which he used in developing a complete Renaissance technique in sculpture.

The Early Life of Donatello – Training and Early Career

Donatello was born in 1386 in Florence and was educated in Martelli family’s home. He received his early training in art in a goldsmith’s workshop, then worked for a short period in Lorenzo Ghiberti’s studio. While he was in Rome undertaking excavations and study with the founding father of Renaissance architecture, Filippo Brunelleschi, Donatello worked in goldsmiths’ shops.

For the whole development of Italian art during the fifteenth century, their Roman sojourn was very decisive; during this period, Filippo undertook the measurements of the dome at Pantheon and also of other buildings in Rome. Donatello’s sculpture and Filippo’s building are both regarded as greatest expressions of this era spirit in sculpture and architecture. They also exercised a strong influence on the artists of this age.

Donatello nurtured a close, lucrative relationship with the “Father of the Fatherland” Cosimo de’ Medici in the city of Florence. The renowned art patron commissioned him to make a statue of David in bronze, which is probably the most famous work executed by Donatello. This sculpture is completely independent from all architectural surroundings that can support it. The sculpture stands approximately 5ft tall and David depicts an allegory of civic power triumphing over irrationality and brutality.

Final Years – A Master of Bronze and Marble

By 1455, the sculptor had gone back to Florence and finished working on Magdalene Penitent, a wooden sculpture of Magdalene. The work was commissioned by Florence Baptistery, and it was probably designed to provide inspiration and comfort to the repentant harlots at the convent. He continued his work by taking on commissions from rich patrons of the arts. Donatello lifelong relationship with the affluent Medici family earned the sculptor a retirement allowance that he could live on until his death.

Donatello died on 13 December 1466 in Florence. The cause of his death was unknown. He was buried in one of the city’s largest churches (Basilica of St Lawrence), next to the Italian banker and politician Cosimo de’ Medici. Bertoldo di Giovanni, his student, completed his unfinished work.