Masaccio’s gift for movement and nature 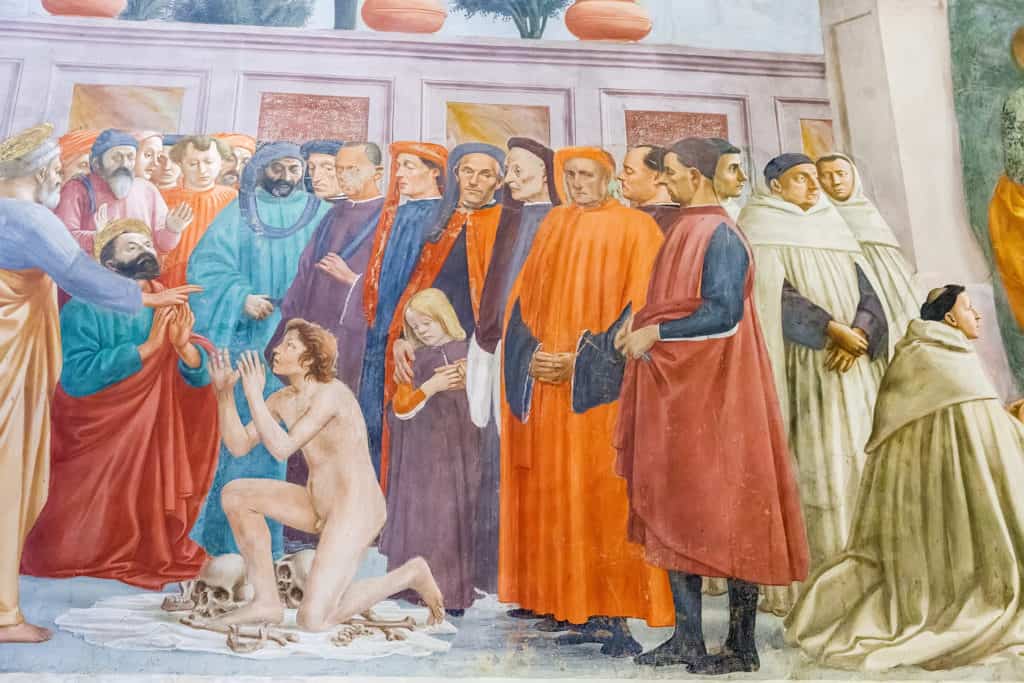 Masaccio was born on December 21, 1401, just outside Florence. Throughout his life, he was called Tommaso Cassai. He is considered the first great painter from Italy of the Italian Renaissance. Giorgio Vasari, who coined the name Masaccio, regards him as the best painter of his period because of Masaccio skill at imitating nature and recreating lifelike figures plus movements and also a great sense of three-dimensionality.

Masaccio was born to Jacopa di Martinozzo and Giovanni di Simone Cassai. His mother was the daughter of Barberino di Mugello’s innkeeper and his father a notary. In 1406, his father died when he was just 5 years old.

There’s no evidence for his artistic education; however, painters of the Renaissance traditionally started an apprenticeship with a master who is established when they were about 12 years old. It is likely that Masaccio had to relocate to Florence city to receive his training. However, he wasn’t documented in Florence until on 7 January 1422, when Masaccio joined the painters guild as an independent master.

Masaccio transformed the direction of painting from Italy; he moved away from the elaborate Gothic ornamentations still present in Madonna with Saint Anne, which is his earliest known work currently at the Florence-based Uffizi Galleries.

The exceptionally individual nature of his style owed very little to other painters of his period, except possibly the great fourteenth-century master Giotto. Masaccio was more greatly influenced by the sculptor Donatello, the architect Brunelleschi and his Florentine contemporaries.

He derived his classical art knowledge from Donatello, and from Brunelleschi, Masaccio acquired knowledge of mathematical proportion, which was crucial to the painter’s revival of scientific perspective. Masaccio, together with Donatello and Donatello, was the founder of the Renaissance.

Masaccio died in 1428 in Rome. An unconfirmed report talks of death by poisoning and others think that his painting career was most likely cut short by a plague.

He influenced many artists while he was still alive and posthumously. Masaccio’s influence is especially notable in the great works of minor masters from Florence, like Giovanni dal Ponte, Andrea di Giusto and others who tried replicating his glowing, lifelike forms.