Giorgio Vasari, his corridor and his life 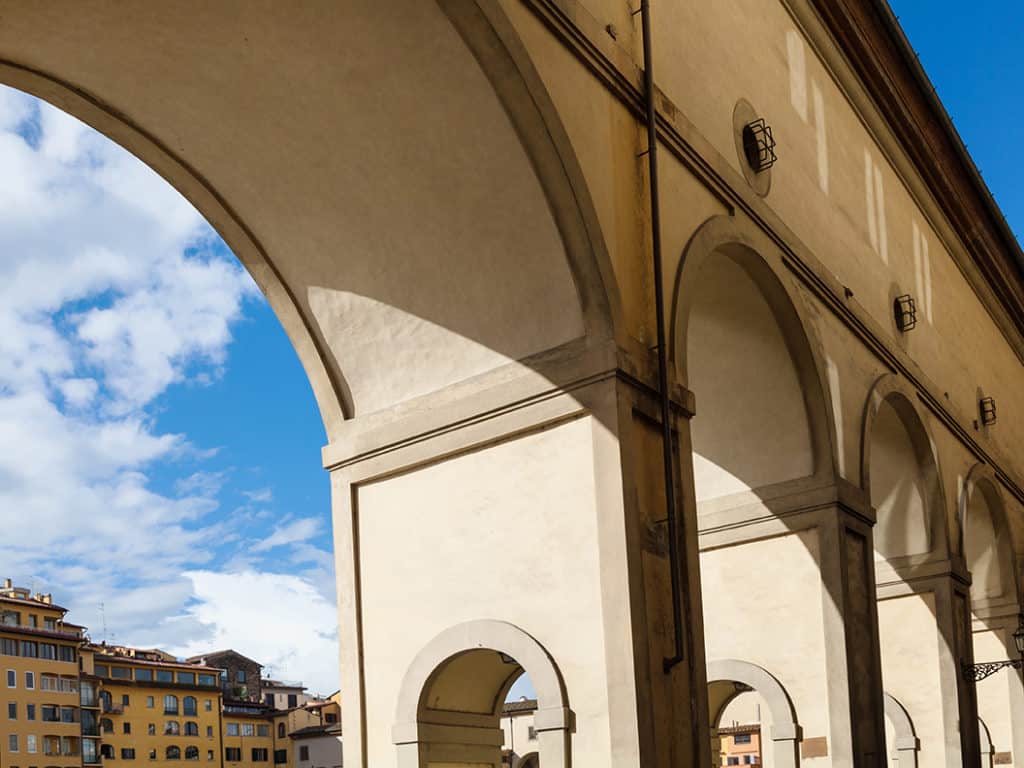 Giorgio Vasari was an Italian historian, writer, architect and painter, most famous for The Lives, considered the ideological of art-historical writing foundation.

Vasari was born in Arezzo, Tuscany on 30 July 1511. Recommended while he was still a young boy by Luca Signorelli (his cousin), he became Guglielmo da Marsiglia’s pupil. Guglielmo was a skilfull painter specialising in stained glass. Cardinal Silvio Passerini sent Vasari to Florence when he was 16 years old, and he joined Andrea del Sarto’s circle and his pupils Jacopo Pontormo and Rosso Fiorentino, where Vasari’s’ person-centred education was encouraged. The artist was influenced by Michelangelo, an Italian painter, architect, poet and sculptor of the High Renaissance.

During his lifetime, Vasari enjoyed high repute and accumulated a considerable fortune. He built himself a nice house in Arezzo in 1547 (which was converted into a museum honouring the artist) and decorated its vaults and walls with paintings. Vasari was elected to his town municipal council and eventually rose to gonfaloniere’s supreme office. The Pope made him one of the Knights of the Golden Spur. He married Niccolosa Bacci, who came from one of the most prominent and richest families of Arezzo. In the year 1563, Vasari helped found the Academy of the Arts of Drawing, with Michelangelo and the Grand Duke as capi of that institution plus thirty-six artists chosen as members.

In 1529, Vasari visited Rome where the artist managed to study the works of Raphael (Raffaello Sanzio da Urbino) and other artists. His Mannerist paintings were admired in his lifetime more than they were afterwards. He completed the chancery hall in Palace of the Chancellery in 1547 with frescoes that were named Sala dei Cento Giorni.

Vasari was consistently hired by members of the Italian political dynasty and banking family called Medici family and also worked in Naples, Arezzo and other places. Most of his artwork still exist, the most famous being the ceiling and wall paintings seen in Sala di Cosimo I found in the town hall of Florence the Palazzo Vecchio, where Vasari together with his assistant worked starting from1555.