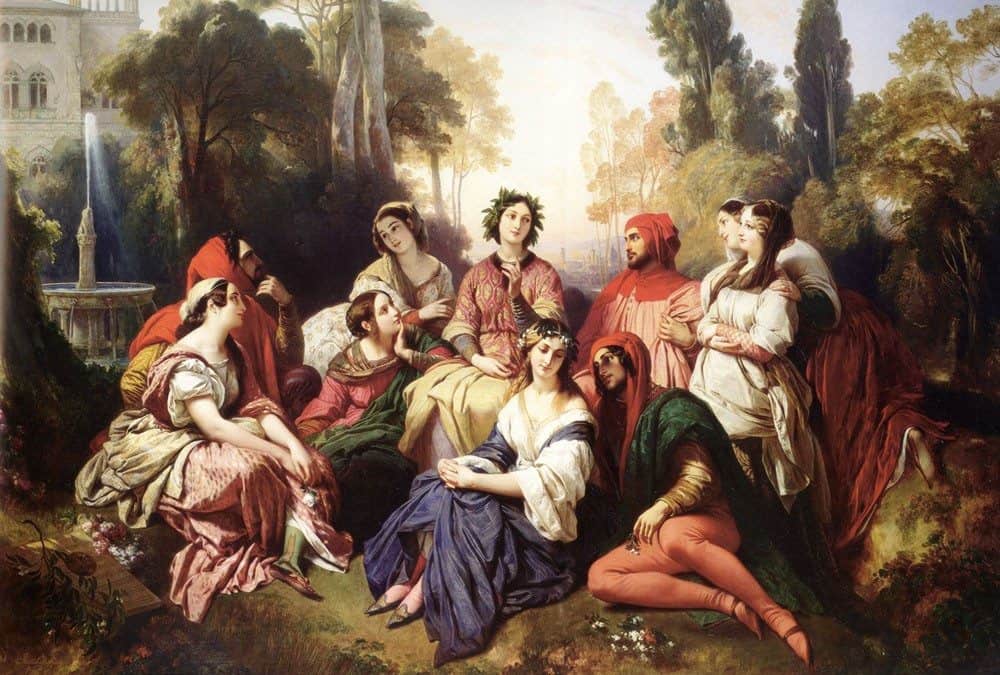 Giovanni Boccaccio was an Italian poet, writer, important Renaissance humanist and a correspondent of Petrarch. He wrote several notable works, including On Famous Women and The Decameron.

Boccaccio was born in 1313 in a village near the town called Certaldo or in Florence. The details about his place of birth and the exact date are uncertain. His father was a prominent merchant called Boccaccino di Chellino and his mother belonged to an illustrious family.

He grew up in Florence and attended school in the same city. When he was 10 years old, he was introduced to the world of business. In 1327, Boccaccio was sent to the regional capital of Campania (Naples) to study law and business. However, Boccaccio’s growing interest in literature slowly drifted him away from the two subjects. Eventually, he decided to stop studying and dedicated himself to literature.

While in Naples, Boccaccio started what he regarded as his true poetry vocation. This period featured noteworthy formal innovation, including the Sicilian octave introduction, where it influenced Petrarch. In early 1341, he returned to Florence, avoiding the 1340 plague in this city, but he also missed Petrarch’s visit to Naples. Boccaccio left Naples because of tensions between Florence and the Angevin king. In 1338, his father di Chellino had returned to Florence, where he went bankrupt. Boccaccio’s mother died shortly afterwards.

Although he was dissatisfied with the decision to return to Florence, Boccaccio continued working and produced Ameto in 1341, a mix of poems and prose. In 1343, he completed Amorosa visione, a fifty-canto allegorical poem. Ninfale fiesolano also dates from this period. In 1358, he completed the renowned Decameron, which narrates 100 stories of 3 men and 7 women residing in a country villa for 10 days after they have escaped from the plague in the city of Florence. Here is a website with Boccaccio’s biography: https://www.britannica.com/biography/Giovanni-Boccaccio/The-Decameron

Legacy and Influence – The Greatest of Petrarch’s Disciples

Decameron influenced Europe for long and great writers like Chaucer and Shakespeare borrowed from this masterpiece. Additionally, renowned poets like Swinburne, Longfellow, Keats, Tennyson and George Eliot wrote poems that revolve around the Decameron. On the other hand, Boccaccio was influenced by the works that Dante produced; in 1373, he conducted lectures on Dante’s poems.

During his final years, he was troubled by illnesses. Some of these diseases related to obesity and dropsy, more often called edema, which is currently known as congestive heart failure. On 21 December 1375, Boccaccio died in Certaldo town, where he’s buried.