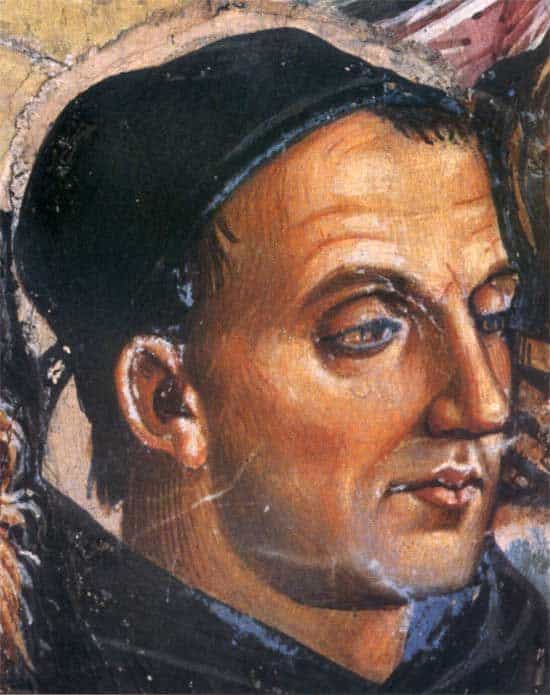 Beato Angelico is a famous Florentine Renaissance painter who was born around 1400. Very little is known about his early years, apart from his birth name, Guido di Pietro and his place of birth, Rupecanina. Records indicate that he joined a religious confraternity or guild in October 1417 and that he was a painter.

Records from 1423 indicate that he became a friar and took the new name of Fra Giovanni, as this was the custom for anyone entering the older religious orders. He resided in the local community of Fiesole, not very far from Florence and belonged to the Dominican Order, a medieval Order that did not rely on income from its estates but from begging or donations. His older brother, Benedetto, was also a member of the same order. He was an illuminator, and this may have been why Beato Angelico also received such training. Examples of his early work can be found at a former Dominican convent of San Marco in Florence, which is now a state museum. Other works of this period include the Madonna of the Star and Christ in Glory Surrounded by Saints and Angels, which is now housed in the National Gallery, London.

In 1438, Beato Angelico moved to the Dominican monastery of San Marco in Florence. There he worked on a variety of frescos throughout the church and monks’ quarters. His work featured many of the traditional subjects such as the life of Christ, together with figures of Dominican saints meditating. One of his most famous masterpieces was created at this time. The Deposition altarpiece was requested by the Strozzi family for the Church of Sta Trinita. It features figures that are richly coloured and shining as well as Tuscan landscape views that provide the backdrop.

His Later Years in Rome

The majority of Beato’s final years were spent living in Rome, with short periods in between spent in Florence. A few of his works from the last decade of his life still survive. They include frescoes that depict the lives of Saints Lawrence and Stephen. These can be found in the Chapel of Pope Nicolas V in the Vatican.

Fra Angelico died in the same Dominican priory he had stayed in when first visiting Rome, in 1453 or 1454. His remains were laid to rest in a nearby church of Santa Maria sopra Minerva.

He was beatified by Pope John Paul II on October 3, 1982 and a couple of years later was declared a patron of Catholic artists.